Trickle Up Vs. Trickle Down Economics

May 25, 2015 Trickle Down Economics No Comments

Far back into history – and, George Orwell argued, since time immemorial – human civilization has been divided into upper, middle, and lower classes. No matter how these tiers may actually be named or subdivided, the essential structure remains unchanged. Class need not refer solely to wealth (power is a separate factor, and is not necessarily tied to riches), but examining this model in an economic light, we see that it means that most people receive the least material benefit – for it seems to be an enduring reality of life that the lower class, and perhaps the poorer end of the middle class, constitute a majority of the population.

The question on most people’s minds, then, becomes one of how to improve the lot of those many who do not belong to the privileged upper class. Many possible answers to this question have been proposed in American politics, but one of the most well-known propositions, unabashedly favoring the rich, is the notorious “trickle-down” effect, famously championed in the 1980’s by then-President Ronald Reagan.

The Trickle Down Effect

It’s a pretty straightforward concept. The idea is that if regulations, taxes, and other legislative burdens placed upon large corporations are reduced or eliminated, then those businesses and their wealthy owners will prosper. This is to be desired, the theory goes, because the profits generated thusly will be reinvested into founding new businesses and expanding existing ones, resulting in increased demand for jobs. By so increasing demand, not only will more people of lower classes have work, but the wages of those jobs will tend to increase as more and more labor is needed from a finite work force. In other words, rich people spend their money on things that are beneficial for everyone; by bestowing good fortune upon them, the bounty will spread – or “trickle down” – throughout the rest of the economy.

The trouble with this prediction is that it doesn’t quite seem to be materializing. United States law tends to favor large businesses, to degrees that have varied over time and with transient administrations, but enough generally that a University study concluded the US is more accurately categorized as an oligarchy – so frequently do the monied elite get their way in American politics, even at the expense of the so-called democratic masses. There has even been government action of which many fiscal conservatives would themselves not approve to rescue big business, such as the infamous “bailouts” in recent memory. Corporate profits, as a rule, remain quite secure – yet the lower classes rarely if any experience the ostensive benefits of this. Wages have been stagnant for decades; accounting for inflation, American workers earn less now than they did in the middle of the last century. Financial hardship is allowed to fully impact the masses, who can suffer foreclosures and even homelessness when times are hard; yet, again, the rich are protected at taxpayer expense from incurring losses. The positive “effects” don’t seem to be “trickling down”.

The Trickle Up Effect

The opposite of this economic model has a fittingly juxtaposing name, and is known as the “trickle up” effect. This theory states that when the lower classes are helped first, generally by direct government action mandating higher minimum wages, benefits everyone by ensuring that most people have more money to spend, this stimulating the economy and improving business. This time, the benefits are trickling up. Fiscal conservatives are quick to denounce this sort of practice, especially as it relates to increasing the minimum wage, arguing that it places undue hardships upon private enterprise, to everyone’s detriment. If businesses must pay more for labor, they say, they will simply hire fewer workers, removing jobs and therefore increasing unemployment. Thus far this concern has not proven warranted, with data from the United Kingdom indicating that that nation’s introduction of a minimum wage does not seem to have hurt employment figures. But the free-market capitalist position remains unchanged: All businesses should be free to operate and compete as they alone see fit, without government interference.

As with any cold analysis, of course, this discussion risks ignoring the moral implications of the matter in question. Homelessness is a serious problem in the United States. Many people simply cannot afford to have a roof over their heads and must survive on the street (with “shelters” being highly transient and frequently unsafe), while there are others who literally have more money than they could ever hope to spend. There is even some credence, perhaps, to the idea that if the poorest were made less desperate, such as by having their most basic needs guaranteed, they would feel free to produce more and contribute at an increased rate to society, to everyone’s benefit.

Economics is a complex subject, and it should never be assumed that there is one magic policy or legislative action that will solve the many problems faced in an economy. But real people are enduring real suffering, and that fact should never be forgotten. 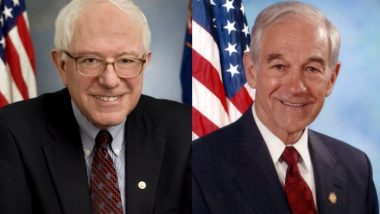 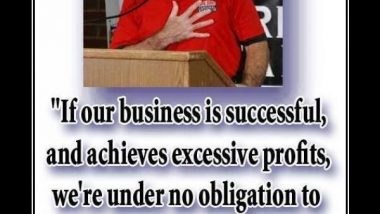