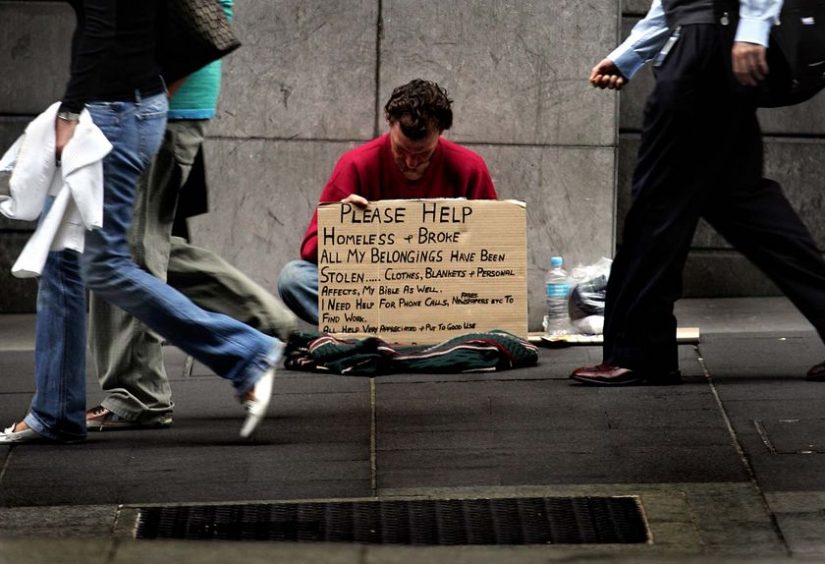 We are Julie and Janey, two women in our late 50s who became friends in the 7th grade of Junior High School. At that time, we were both from average middle-class families that lived in the suburbs. Janey moved across state to live with her father in during our high school years. We still visited each other, and after graduating, we had several apartments together, in both cities. After that, one of us moved to Virginia, the other to New York, and we lost touch. For 31 years.

Julie went on to spend 36 years working for a big corporation, where she retired earning $100,000 per year and has excellent health insurance coverage, owns a nice home, has a decent retirement, and lives a nice life.

Janey went on to spend the majority of the next 36 years living in homeless shelters or on the street. She applies for about a dozen jobs per week, but where she lives the job market is extremely competitive and she is older, has missing teeth, and with years of discouragement and depression under her belt, her job outlook isn’t very good. She has had a rough go of it.

In 2007, Janey found Julie on Facebook, and we have reconnected after all these years. In some ways, nothing has changed about our friendship. What has changed is our individual views on how things work or how things are. It seems that your lot in life greatly influences your views on things. Which brings us to the Trickle Up Theory.

The Trickle Down Theory

We’re all familiar with the Trickle Down Theory of economics – the idea that if our government takes care of our big businesses and the wealthy, giving them tax breaks and other economic benefits, that they will invest these savings in their businesses and other economic developments, thereby creating jobs and opportunities, and the money will all trickle down to the non-wealthy and the poor, and improve the economy as a whole.

Well, it doesn’t seem to be working. As they say, the rich are getting richer and the poor are getting poorer. CEOs and other business leaders are receiving millions and millions of dollars in bonuses, even as their businesses perform badly. They come out ahead while their stockholders lose money and their workers lose jobs. Unprecendented numbers of hard-working, suburb-living, middle-class people are now homeless, living in hotels or shelters or on the street.

The Trickle Up Theory

Janey says we need a Trickle Up Theory. Her idea is that we should see that everyone has the basics – food, shelter, health care, and a job, and that will trickle up and improve the economy, not to mention improving everyone’s life. Happy, healthy workers are more productive, which benefits the businesses they work for. Having your needs taken care of relieves the anguish and stress of having to scramble for survival, and in the case of homeless families, of seeing your loved ones suffer, too. The rich may not get so much richer, but geezus, don’t they have enough already?

So what we want to do here at The Trickle Up Theory is make you aware of the homelessness problem in America, and also to present our differing viewpoints on politics and the way things are. 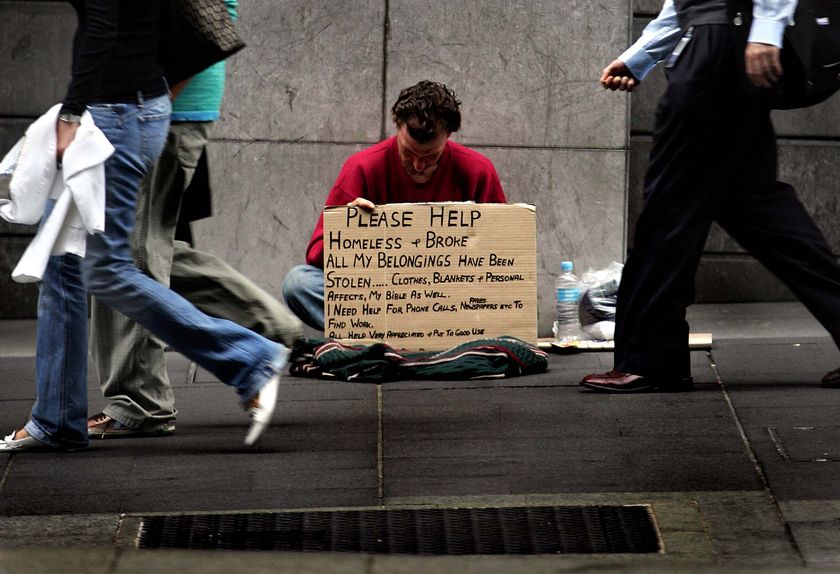