When Robin Williams passed away recently, I felt that the world had suffered a huge loss. I didn’t know the half of it. I recently came across this post on Facebook, about how Robin always insisted that homeless people be hired to work on any events he did or movies he was in.

A Little Known Robin Williams Story: “Years ago I learned a very cool thing about Robin Williams, and I couldn’t watch a movie of his afterward without thinking of it. I never actually booked Robin Williams for an event, but I came close enough that his office sent over his rider.

For those outside of the entertainment industry, a rider lists out an artist’s specific personal and technical needs for hosting them for an event- anything from bottled water and their green room to sound and lighting requirements. You can learn a lot about a person from their rider. This is where rocks bands list their requirement for green M&Ms (which is actually a surprisingly smart thing to do).

When I got Robin Williams’ rider, I was very surprised by what I found. He actually had a requirement that for every single event or film he did, the company hiring him also had to hire a certain number of homeless people and put them to work.

I never watched a Robin Williams movie the same way after that. I’m sure that on his own time and with his own money, he was working with these people in need, but he’d also decided to use his clout as an entertainer to make sure that production companies and event planners also learned the value of giving people a chance to work their way back.

I wonder how many production companies continued the practice into their next non-Robin Williams project, as well as how many people got a chance at a job and the pride of earning an income, even temporarily, from his actions.

He was a great multiplier of his impact. Let’s hope that impact lives on without him. Thanks, Robin Williams- not just for laughs, but also for a cool example.”

Reposted with permission from brianlord.org

Even more about Robin William’s kindness was told in the 10s of 1000s of comments to this post. Here are just a few:

We in SF knew what a great guy he was, he would always stop at a school car wash, ask the students what school are they from, what are they raising money for? then would pull out his wallet and tell the kids, “Sorry I don’t have time to get my car washed but this is all the money I have in my wallet, good luck and study hard” or when he found out a neighborhood public school needed audio equipment for their run down auditorium, he quietly funded a top of the line sound system. or at Halloween where he would give out the best stuff. yeah, he was that kind of guy <3

I met robin Williams a few years back after a tragic accident where I almost lost my life due to a drunk driver, I had a torn aerota and a fractured skull along with many other injuries and health problems, well I am still suffering 3 years later and it’s hard for me to get out of the house and one of my friends knew how much I loved robin Williams and said Lindsay I have a suprise for you, I wasn’t feeling well but they came and kidnapped me.. We didn’t have enough money to go and see the show but the gentleman told us that we might have a chance of catching him after his show, so while waiting for the show to end I was talking to one of the security guards who was asking me about my scars and couldn’t believe my story and how lucky I was to have made it thru, anyways he goes excuse me I’ll be right back.. A few minuets later a lady came out and said mister robin Williams would love to meet you, me and all of my friends look around like me? So I got to go in the building and meet him!! He was such a great guy, he said tell me more about your story he sat down we talked and he said don’t ever be ashamed of your scars they are battle wounds and shows how strong you are, they turn into stars and you will shine so bright. I’ll never forget that. What a great memory. He was such an amazing man!!! He kept in contact with me to see how my health was, so this hit close to home with me when I found out about his death. God bless you robin Williams. Rest in peace.

I met Robin Williams when I was a security guard at Metreon in San Francisco. I was escorting a homeless man out of the building and the homeless man told me, “all I want it a chance to work here.” I told him look there are a few things you need to do first. Get cleaned up, shave, and find something decent to wear and I will put you in contact with HR. Then I heard a voice say, “is that true?” I turned around and it was Robin Williams. I was amazed and star struck. I said, “yes it is, if goes up there like that they won’t take him serious.” The next day the man came back and all cleaned up with a nice suit. I prepped him for HR and walked him up there. I never confirmed if Robin helped him but I am sure he did. A few weeks went by and I was working and heard, “hey Tony.” I turned around and it was Robin. Robin said, “that was a nice thing you did, thank you.” From that point on we carried conversation not as a fan to actor but as friends. He always used my name. I eventually moved on from that job and didn’t see him anymore but it was an experience I will remember for the rest of my life. If I can help a homeless person I will. Robin told me, “it’s not how much you give or what you give, they just want to feel like someone still cares.” Great man, makes you feel comfortable, and he was just one of the guys. Thank you Robin Williams.

This was an area of passion for him. He and Billy Crystal and Whoopi Goldberg spearheaded the Comic Relief campaign and spoke before Congress and the Senate on homelessness.

I remember reading a story on Christopher Reeve, the actor who played Superman and who became a quadriplegic after a fall from a horse?. Robin Williams was a good friend of his. It was reported (not by Robin Williams) that the huge costs for Christopher’s ongoing medical treatment were being covered by Robin Williams anonymously. I always thought of that whenever I saw him in a film and greatly admired him.

I’ll end with a comment that sort of sums up the kindness of Mr. Williams:

We didn’t know because people who do good for others and mean it don’t brag about it, they don’t want thanks, they just want to help. Truly inspirational , what a lovely man with a big heart. RIP Robin hope you have found your peace, you will be missed by those whose lives you changed greatly : ) A true angel.

He truly will be missed. 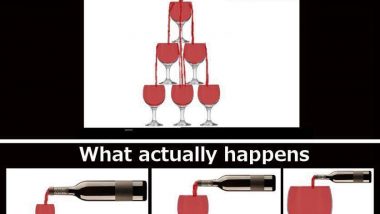 How Trickle Down Economics Really Works 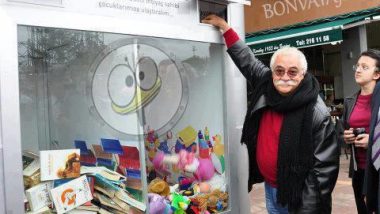 Free Books and Toys for the Poor in Turkey