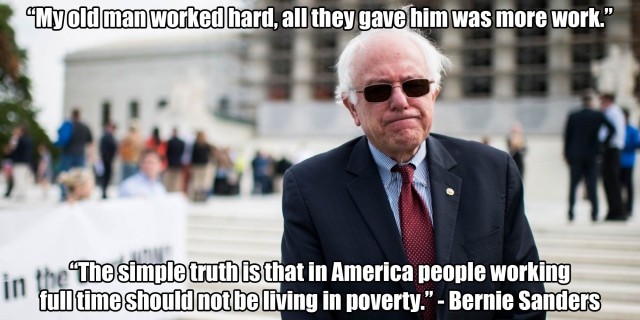 There are many key issues Democratic Senator Bernie Sanders is pressing for. He has vowed to work towards these issues when he becomes the President. Among the many issues Bernie is campaigning for, he fights ferociously for higher wages. Millions of Americans are not earning enough to make ends meet. They depend on public assistance to support their families. This is a sad situation that many Americans face. Bernie considers the current minimum wage as a “starvation pay.” Americans earning minimum wage will continue to suffer unless this starvation pay becomes a living wage.

Bernie looks to raise the minimum wage to $15 an hour over the next several years. What’s more, Bernie says women are also being underpaid. Women still earn less than the men performing the same kind of work. Another problem with minimum wage is that millions of American employees work overtime and yet are not paid overtime pay. The issue seems to be spiraling out of control and the need of the hour is a revision of minimum wage.

Bernie also emphasizes the importance of strengthening the labor moment, where workers have their own say regarding their economic futures. It is for this reason Bernie also supports the Employee Free Choice Act.

Let us look at some of Bernie’s key actions:

Bernie is also keen on creating well-paying jobs for the American people. The ‘Rebuild America Act’, proposes to modernize infrastructure by investing $1 trillion over the period of five years. The improvement to infrastructure will focus on bridges, roads, transit systems, seaports, airports, rail, water, electricity and Internet access.

“Every family, every community and every business relies on our nations’ physical infrastructure to survive and to thrive. We expect that our roads, bridges and trains will get us to our destination without injury, and that our airports are modern and safe. We expect that our tap water is clean, and that our dams and levees won’t burst when it rains. The good news is that it is not too late to get back on track. Let’s make a significant investment in the physical infrastructure on which our economy and our society depend upon. Let’s create the millions of jobs we desperately need by making our tax code fair and just. Let’s Rebuild America.” 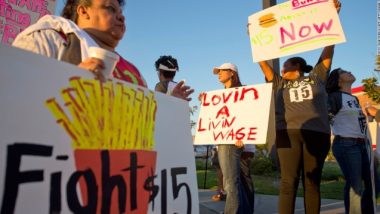 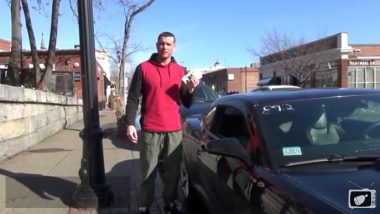